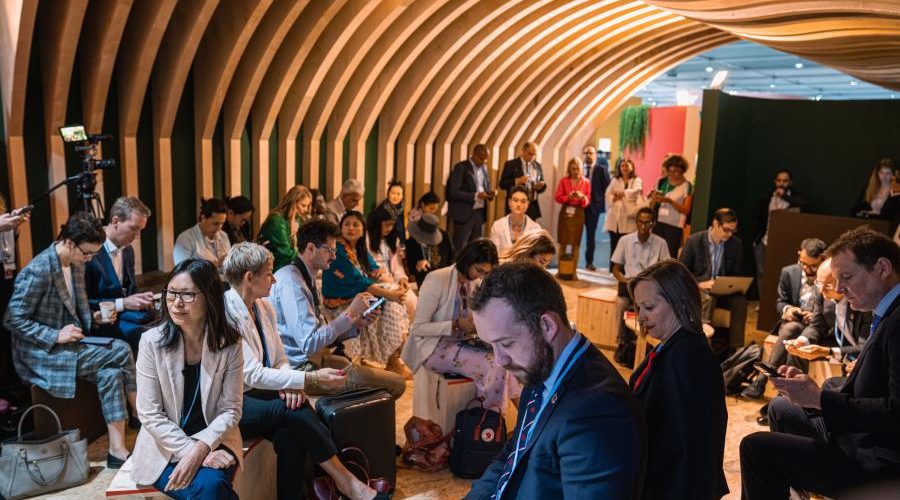 Resilience Frontiers hosted its Pavilion at COP 27, with a packed programme of conversations and events running from 8-17 Nov 2022. You can see our dedicated page and detailed programme here.

“Give people the power of imagination,” said Xiaomeng Shen, on the opening day of the Resilience Frontiers Pavilion in Sharm el-Sheikh, Egypt. Which is exactly what the pavilion, with its roof of curving wooden beams and benches – a calming oasis at the heart of COP27, and a place Pavilion designer, Ocian Hamal-Smith said was designed to “prompt curiosity” and “challenge thinking” – gave people the power to do, as it offered the perfect environment for them to harness their imagination and embrace new ways of thinking.

And what the Pavilion programme did brilliantly throughout was give life and definition to this imagination, as visions of a resilient and thriving future world took shape, amid a series of in-depth discussions and events guided by the 8 Resilience Frontiers Pathways which are designed to create the desired future. The UN Staff College provided inspiring workshops at our Future Café and immersive Virtual Reality experiences which guided people through example journeys of transformation to open their minds and provoke conversation. And the Hot Poets joined us for the second week, bringing the discussions to life with poetry and creative writing workshops.

In his opening remarks on the first day of the Pavilion, Youssef Nassef, Director of Adaptation, UNFCCC and founder of Resilience Frontiers, said we need to “identify tenets of a transformed world and see how we get there”. This was on a day in which Pathway 1: Transforming Humanity’s Relationship with Nature took centre stage, and when Youssef emphasised that the foundations of this transformed world would be built on our ability to “give more than we take from the planet”.

The very phrase “add to nature more than you take away” was given form by an AI tool which captured the collective thinking of participants, turning phrases into beautiful images of flowing streams and green spaces. It was a fusion of imagination, technology, creativity, and collaboration; that set the tone nicely for what was to follow.

The Pavilion focussed on a different pathway each day. Pathway 2: Lifelong Learning for Environmental Stewardship, saw attention turn to exploring ways for nurturing a community-driven mindset and to giving a meaningful platform to children and young people. Ankith Rao, a youth from India, voiced his optimism about the future, saying he “believes that transformation and change is possible” and that with the right “support, mentorship, and guidance” young people can help lead this transformation.

Sophie Howe, Future Generations Commissioner for Wales, also spoke on this pathway, as she presented her country’s historic ‘Future Generations Act’, which has caught the world’s attention for the importance it gives to decision-making that can create positive change for future generations. The day was rounded up with an interactive session on intergenerational methodologies, led by Climate KIC.

What future generations experience will depend very much on technology – and much still needs to be done on the specifics, the ethics, the controls and safeguards that will be put in place to ensure technologies are used equitably and in the interests of all. Which is where pathway 3: Ensuring Universal Equitable Coverage of, and Open Access to, (Big) Data and Information comes in. Experts, including Michal Nachmany, who spoke on this pathway, said the goal should not be to put too many restrictions on frontier tech, rather the aim should be to “establish boundaries” and “enhance the transparency of data” and to put in place “tech systems for a resilient future”.

And this critical role of good and effective management goes to the heart of pathway 4: Managing Water and Other Natural Resources Equitably and Inclusively. This pathway was the focus on day 4, and Gijs Bosman, echoed the sentiment of many when he spoke of the pressing need to promote the huge value of nature and to “steer industries” towards actions that can restore nature. While during a session titled: technology’s interface with nature, Philda Nani Kereng, Minister, Ministry of Environment, Natural Resources Conservation, and Tourism, Botswana, gave examples of where her country is making headway on the ‘benefit-sharing of natural resources’, as she drove home the importance of thinking creatively, adding that “we cannot sustain ourselves if we rely on old practices”. This pathway also introduced a screening of The Last Glaciers, a film directed by Craig Leeson and supported by BNP Paribas, to such great acclaim, that we offered a second chance to see it, and share in the after-discussion on 15 Nov too.

Developing effective new practices will be helpful in the pursuit of pathway 5: Managing Transboundary Issues Equitably. And Vositha Wijenayake, suggested we learn from those who have had to move across borders, in a bid to gain insight on how different cultures and countries can better work together. A scenario she posited could be expedited more easily with the roll out of a global citizenry model that allowed the freer movement of people.

Pathway 6: Applying a Holistic Ecosystem-Centered Approach to Optimise Future Health and Wellbeing, generated lively debates, with Kotchakorn Voraakhom, leading speakers and guests through conversations on how to create cities that can sustain “newly transformed neighbourhoods that mirror ecological patterns.” Amira Ayoub talked about her work with Bedouin peoples to create a community centre using the concept of “biomimicry” which gave an example of the progress being made on the ground to progress the goals of this pathway.

Wherever populations and communities are, they will need easy access to affordable and nutritious food, and the focus on pathway 7: Regenerative Food Production was an opportunity to debate what was one of the hottest topics at COP27. Bernhard Kowatsch, was one of the experts who talked about innovations with the potential to make a game-changing global impact such as growing plants without soil. The use of satellite data, AI, and climate-smart crops were other innovations put forward by the assembled speakers and guests as being capable of supporting efforts to develop regenerative food systems. Hassan Gomaa, also highlighted the challenge of shifting mindsets, giving the example of attempting to make people more open to substituting regular grains for other grains and seeds.

And there is no escaping the fact that innovative finance will be needed to deliver and sustain a transformed world. Pathway 8: Developing Transformative Financial Mechanisms acknowledges this and Julie Segal read the room when she opined that “moving money out of the problem and into the solution” should be a key underpinning of any new regulatory mechanisms. ‘Finance models for the future’ was one of the final sessions of the Pavilion and calls were made for investing in organisations and projects that help progress a sustainable future. And Dennis Mombauer, summed up the general feeling, when he said: “let’s use finance to create a better future.”

Watch our website for further details of our events in 2023, and sign up for our newsletter updates below. 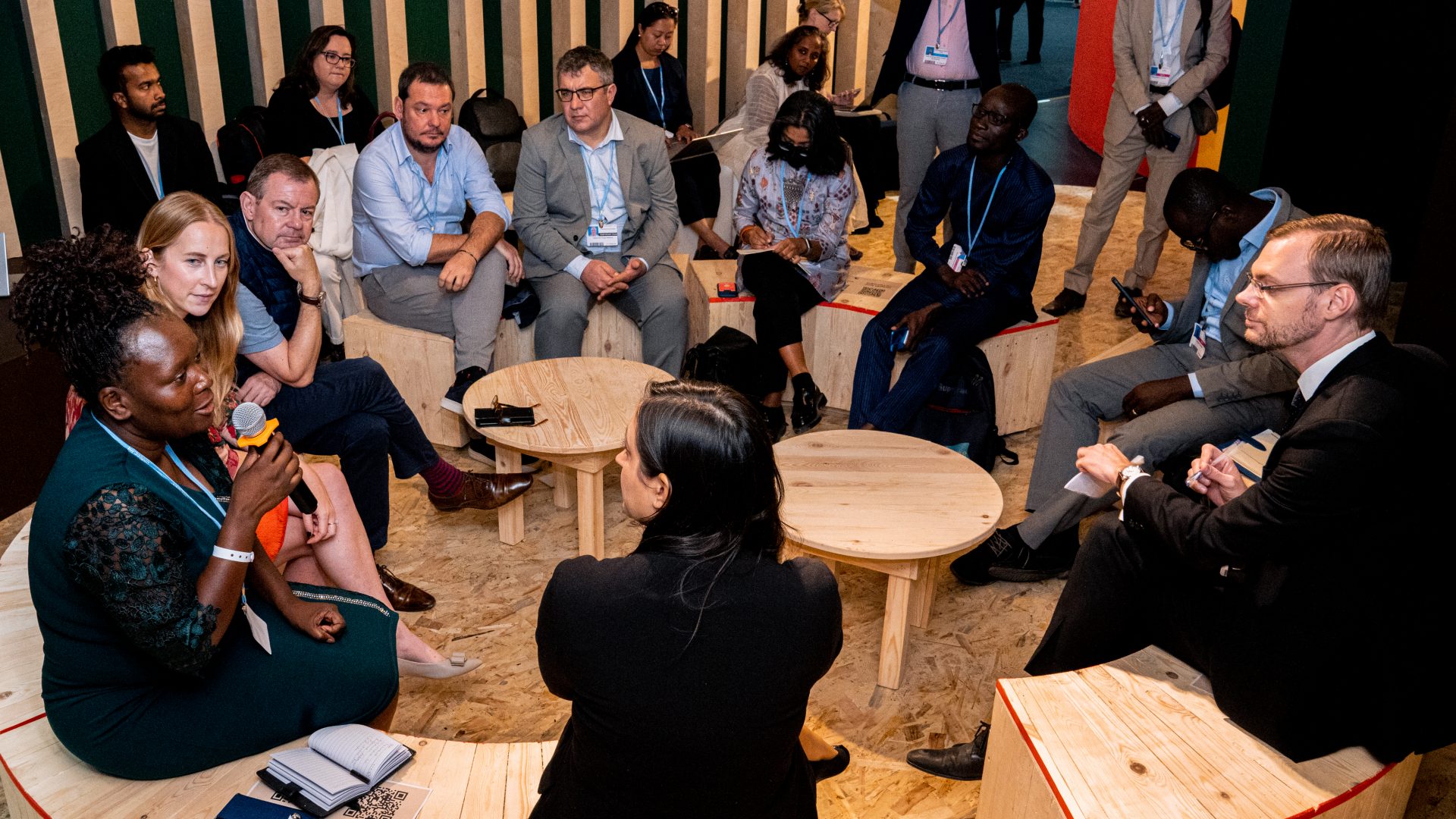 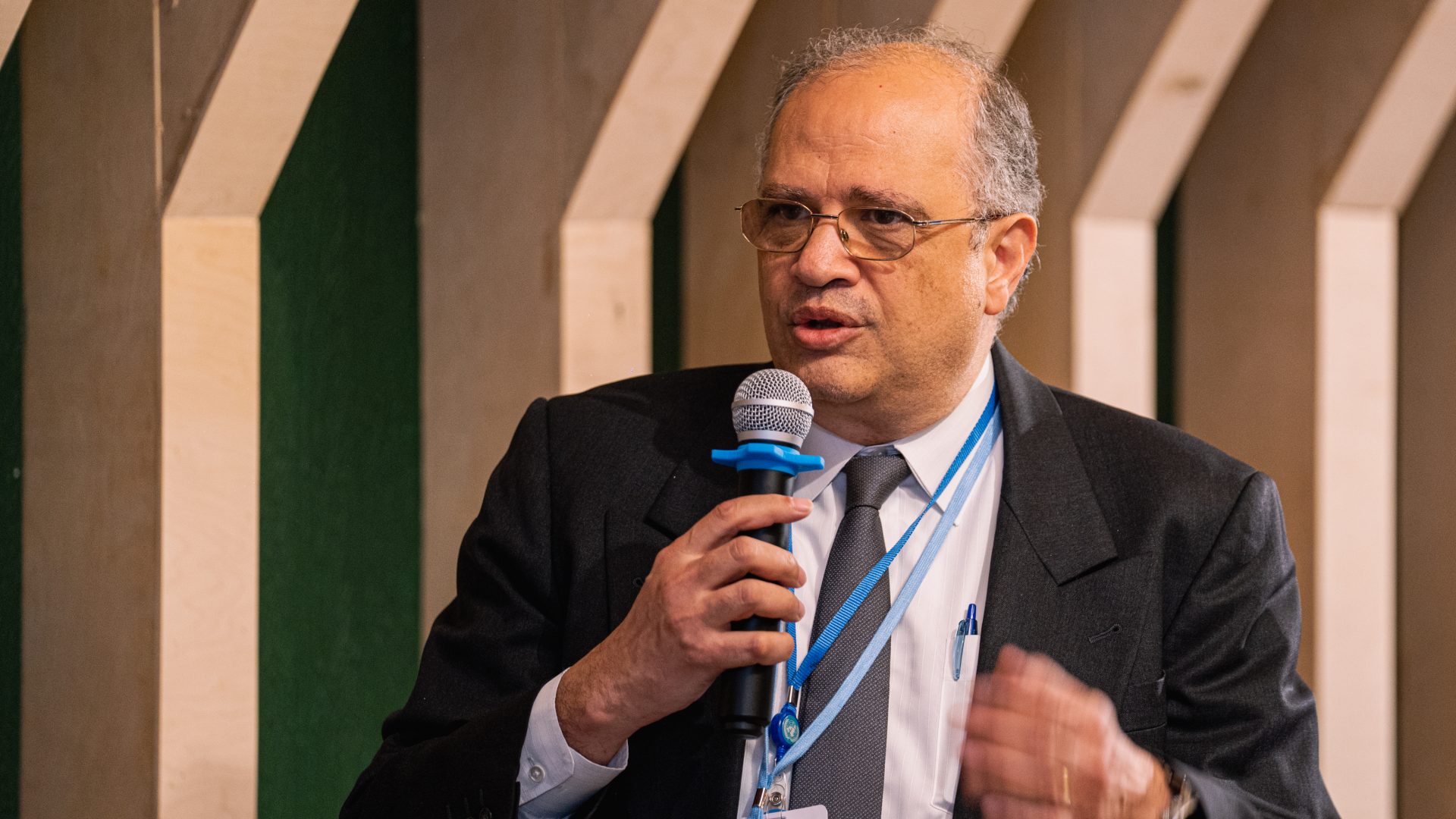 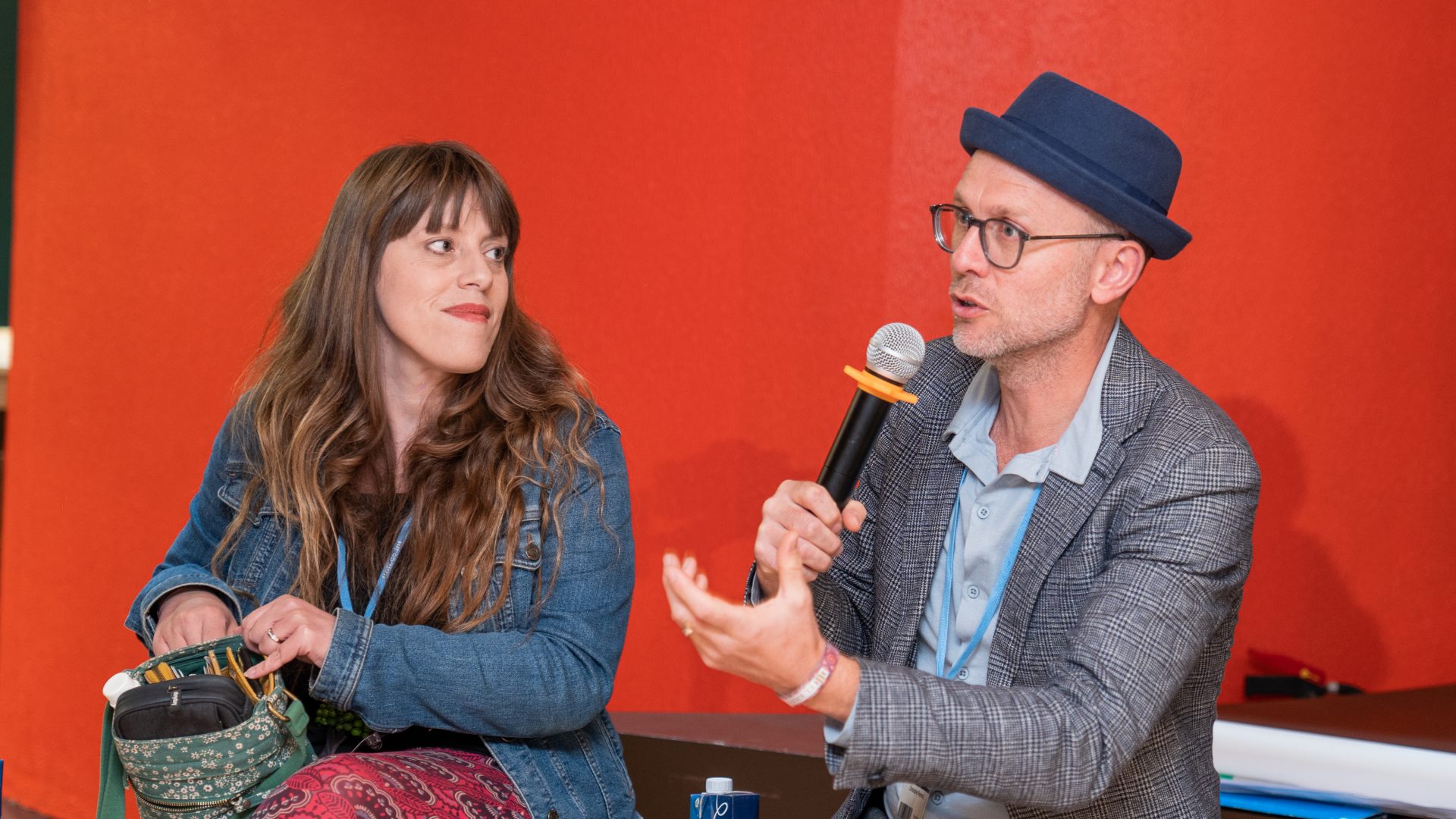 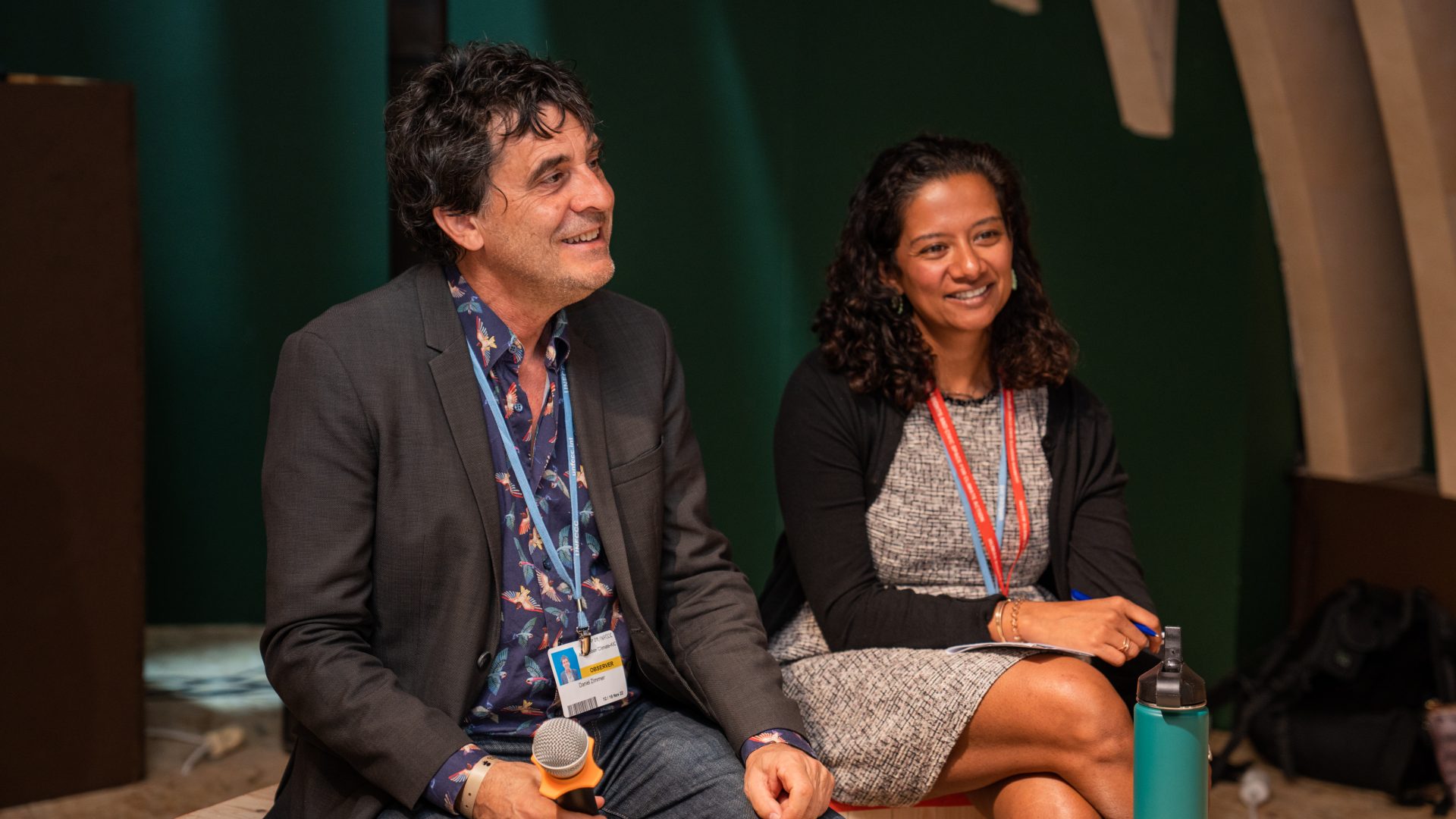 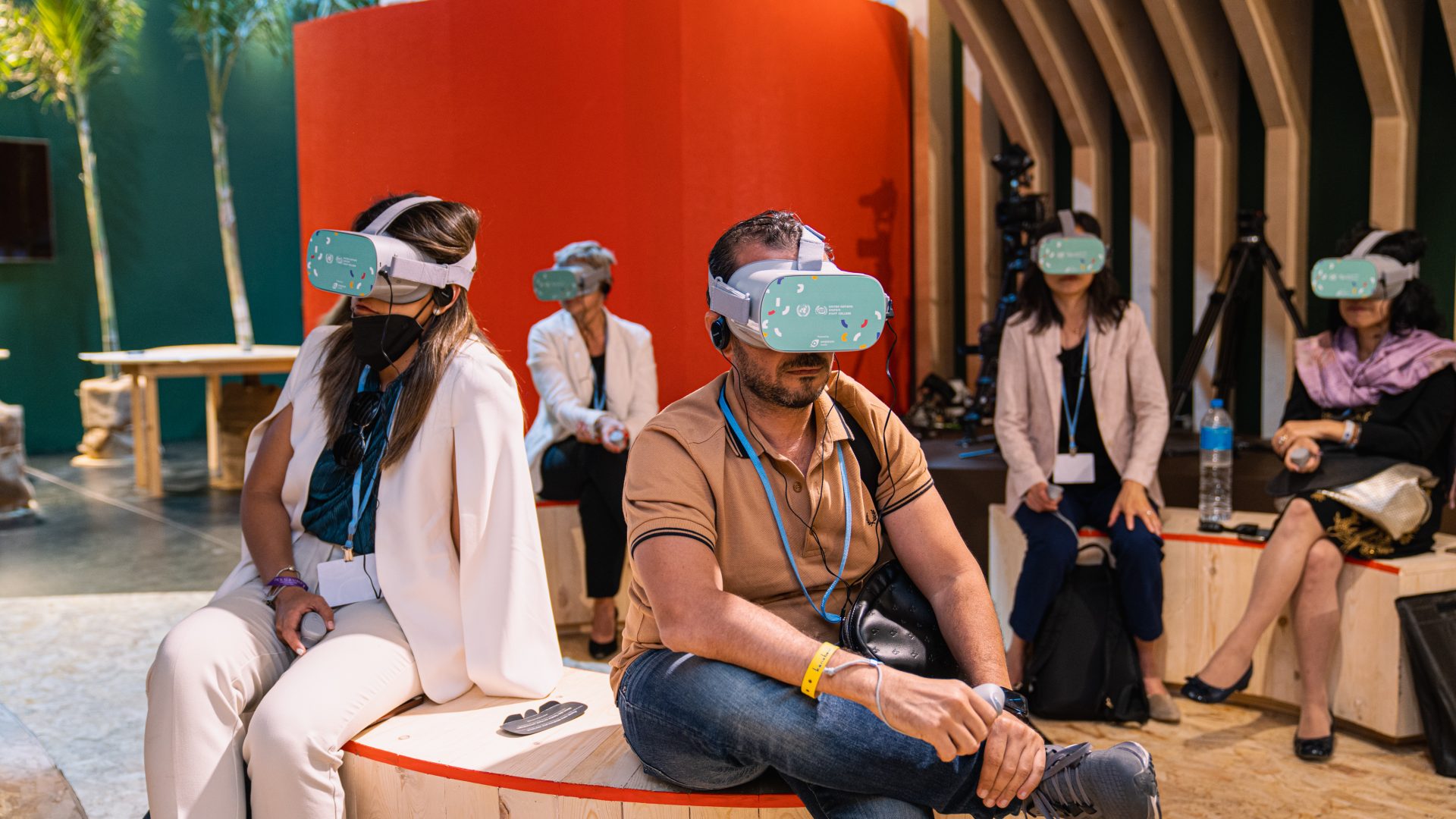 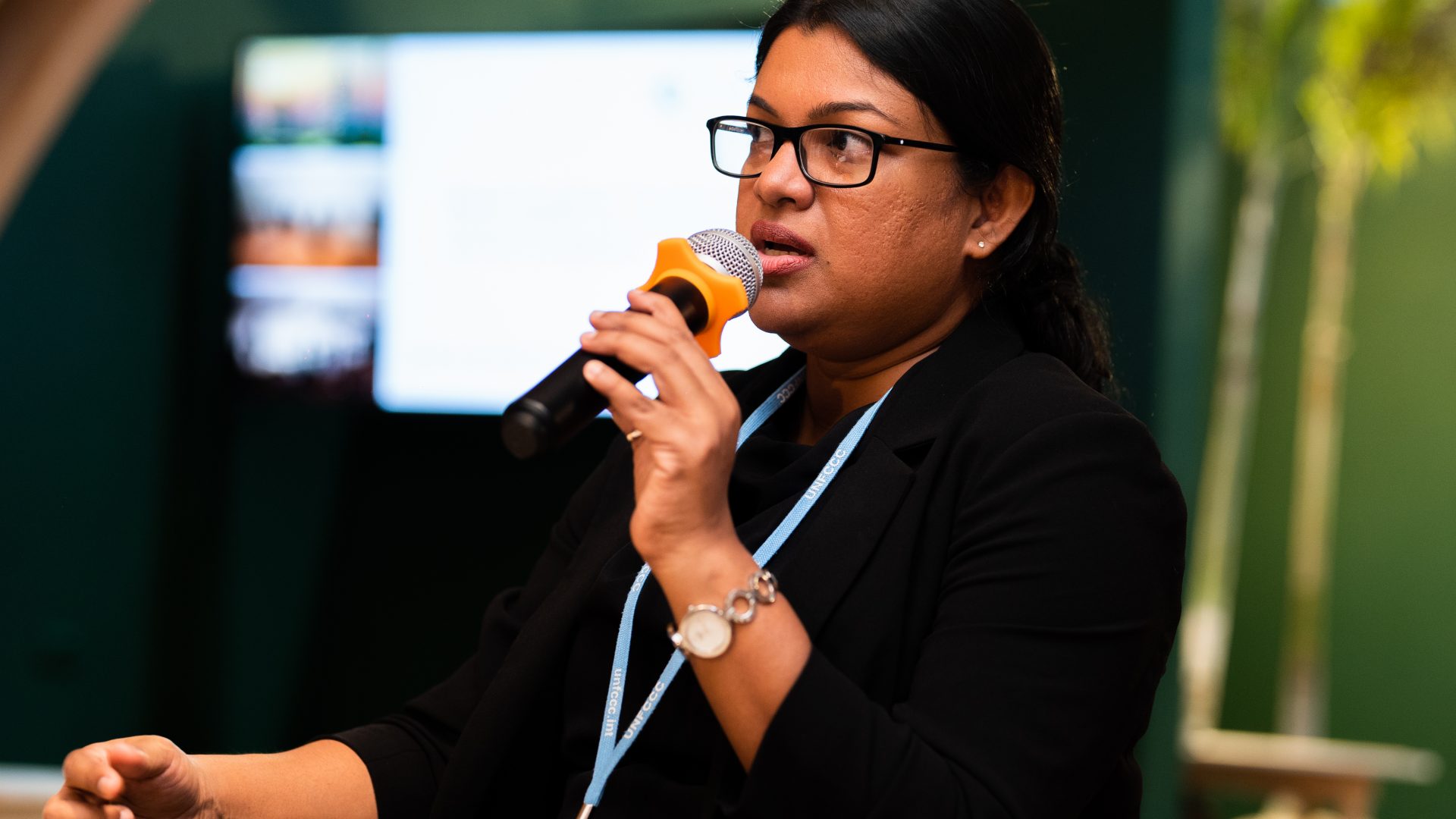 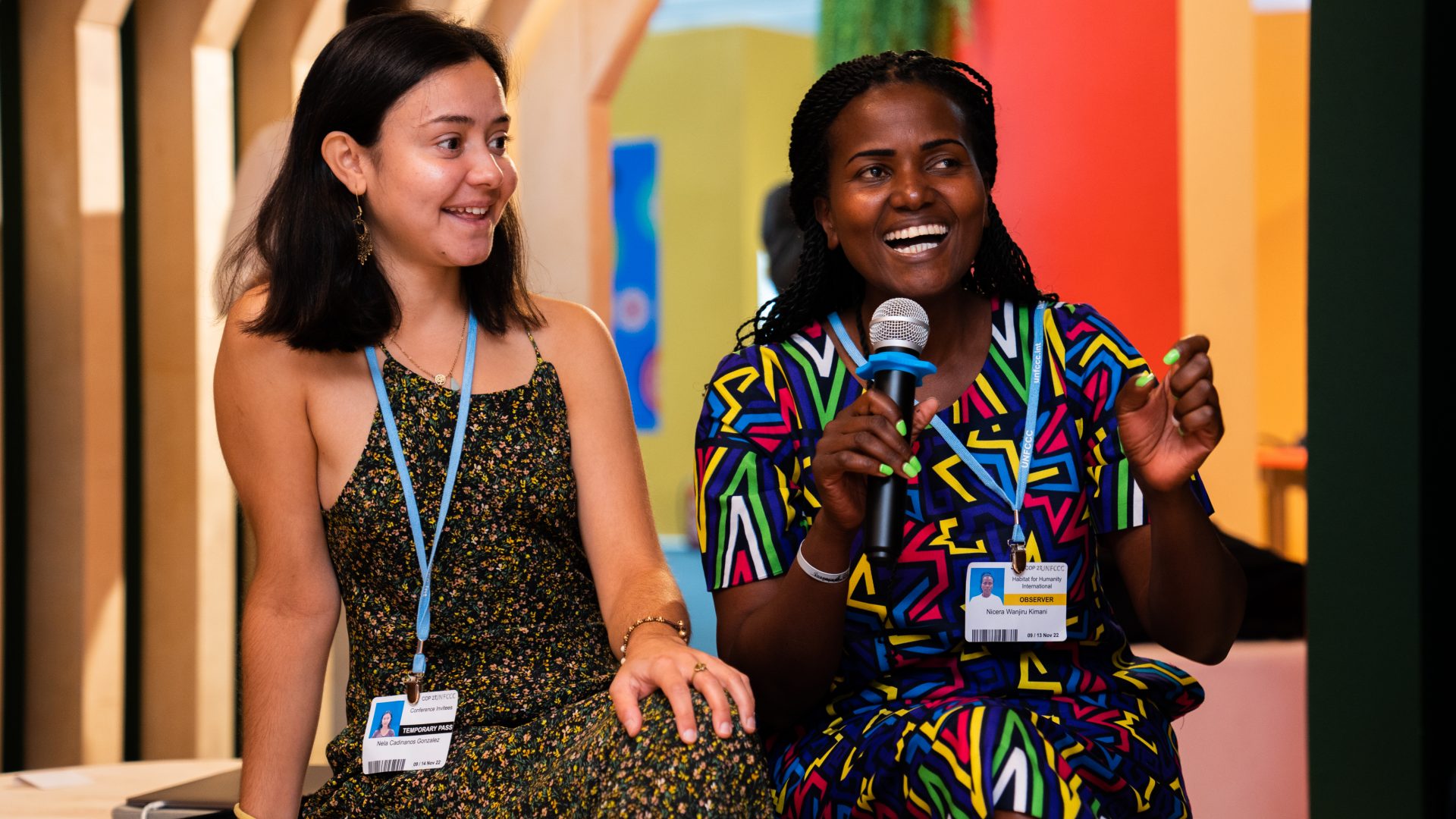 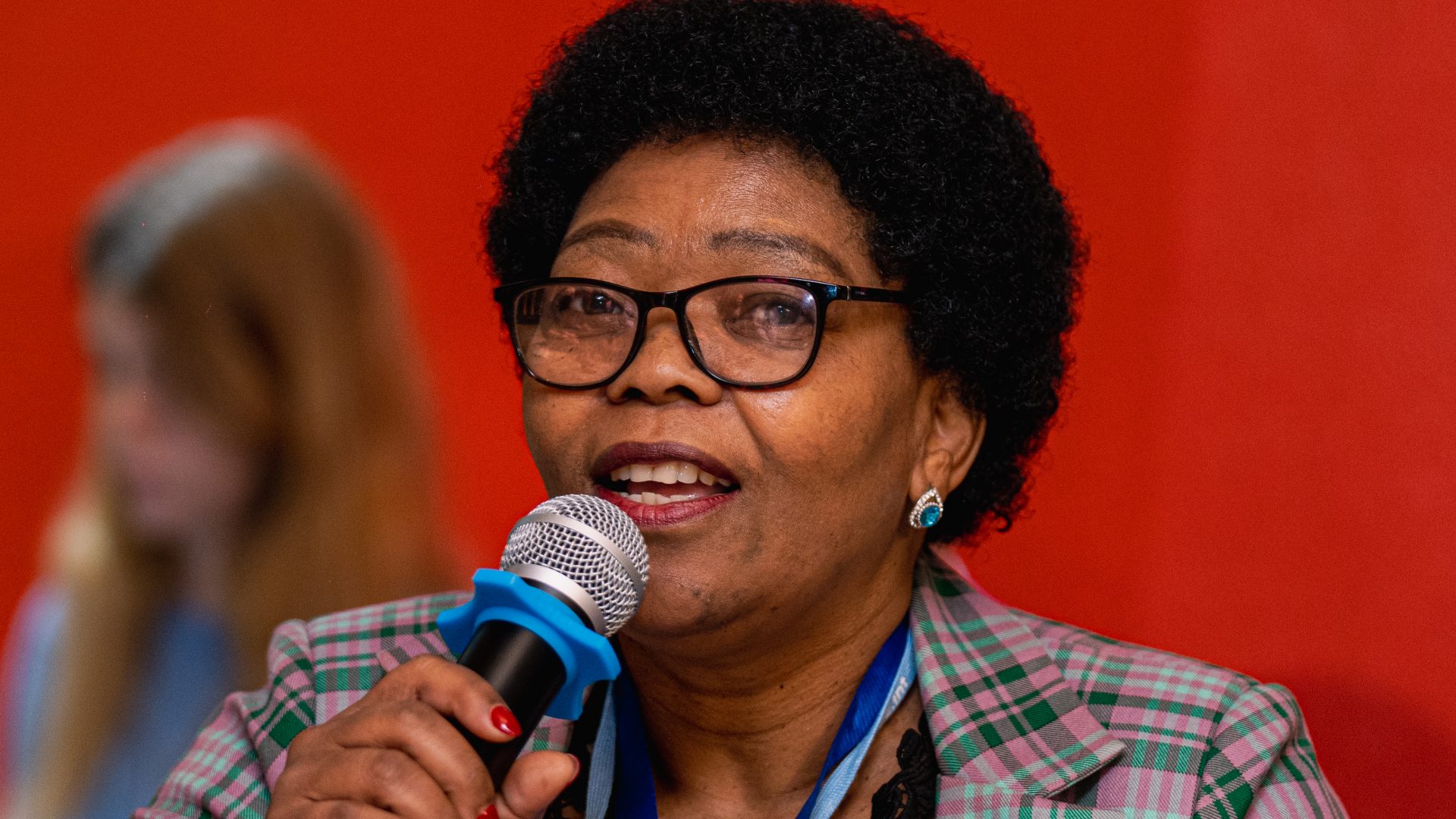 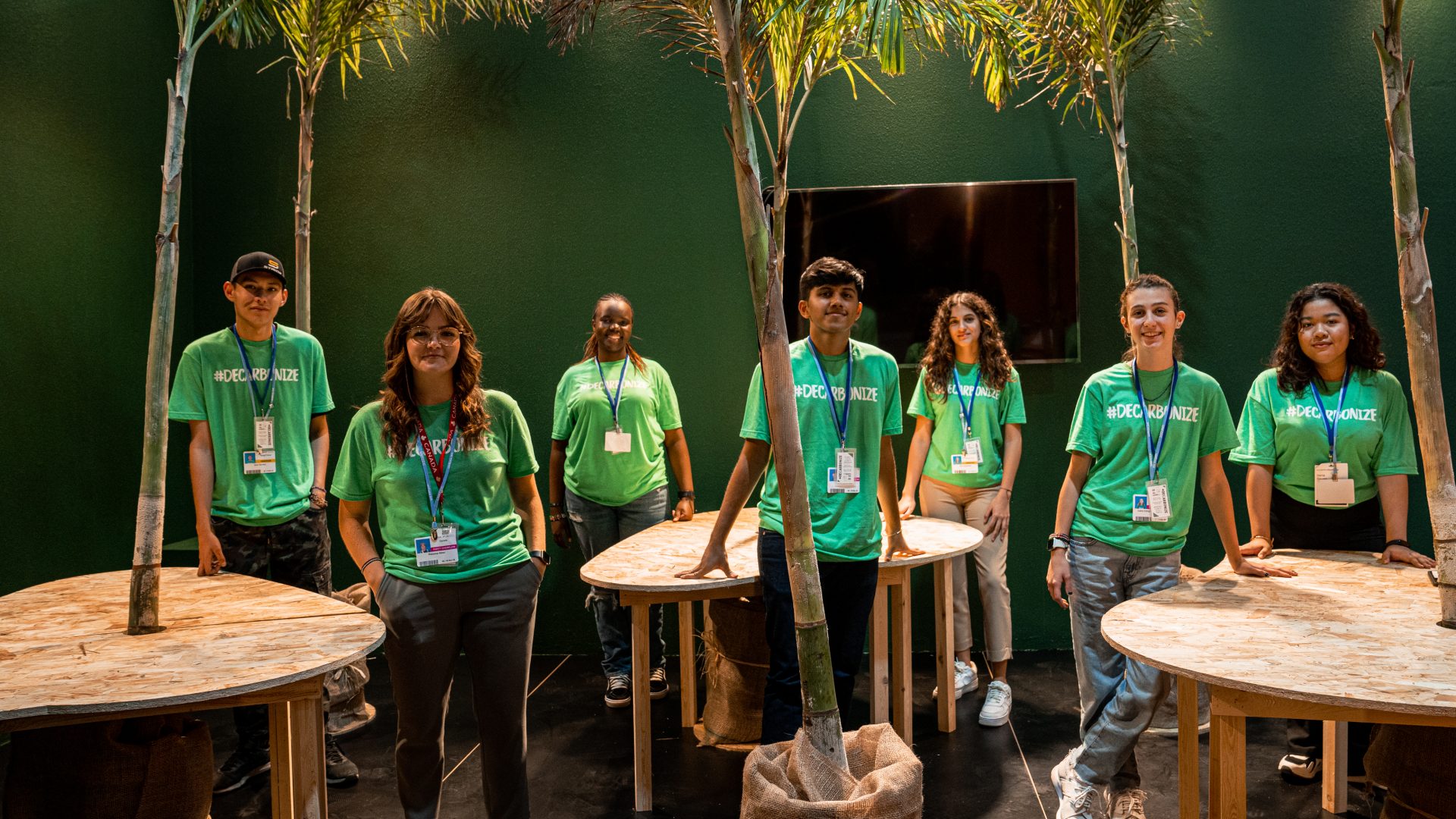